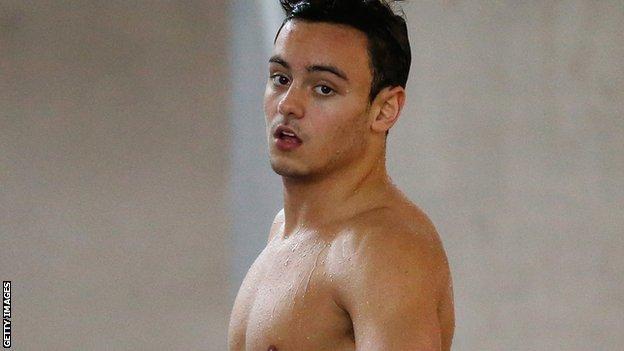 Tom Daley has been ruled out of the forthcoming European Diving Championships after failing to recover from an elbow injury in time.

Daley, 19, sustained the injury in training and will not defend the 10m platform gold he won in 2012.

The Olympic bronze medallist will now concentrate on preparing for the World Championships in Barcelona in July.

Great Britain will send a nine-strong team to the European Championships, which begin on 18 June in Germany.

Barrow said: "We are really looking forward to competing at the European Championships again and we are excited for the chance to retain our title."

James Denny, Daniel Goodfellow, Oliver Dingley and Josh Dowd will all compete at their first senior European event while Olympians Rebecca Gallantree, Hannah Starling and Alicia Blagg are also in the squad.

Daley returned from an eight-month break at the World Series event in Edinburgh in April, where he won gold, but the Plymouth teenager has since missed competitions in Fort Lauderdale and Guadalajara.