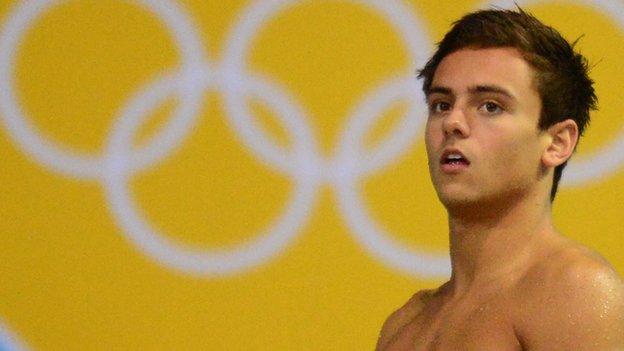 Olympic bronze medallist Tom Daley has suffered an injury setback ahead of his bid to win the World Championships.

Daley, 18, has pulled out of a Grand Prix event in Fort Lauderdale with an elbow injury he suffered in training leading up to the meet.

"Daley hurt his elbow in training and has been advised to rest to prevent further injury," British Swimming said in a statement.

He will be assessed before the two upcoming World Series events in Mexico.

Daley returned from an eight-month break at the World Series event in Edinburgh last month, where he showed little signs of rust as he claimed gold.

Before diving in Scotland the Plymouth teenager had not competed in a major senior international competition since the Olympics.

He admitted he had lost some of his hunger for the sport following his exploits at London 2012.

The Swimming World Championships are being held in Barcelona from 19 July, with diving starting a day later.