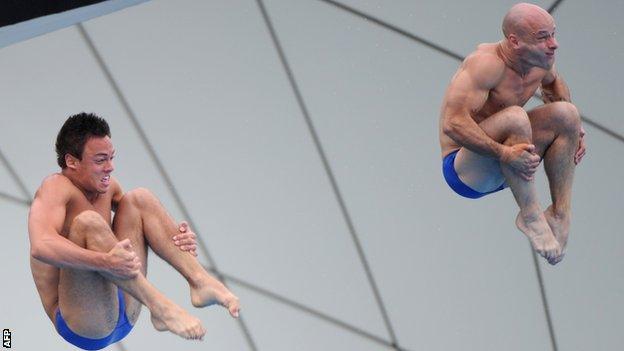 Tom Daley and Peter Waterfield won bronze at the final meeting of the Diving World Series to become overall winners in the 10m platform synchro.

Bronze in the synchro ...but overall winners of the series :)

With the dominant Chinese absent in Mexico, the duo scored 446.88 in the last major event before London 2012.

The British pair had been just two points behind gold medallists David Boudia and Nick McCrory from the United States heading into the final dive.