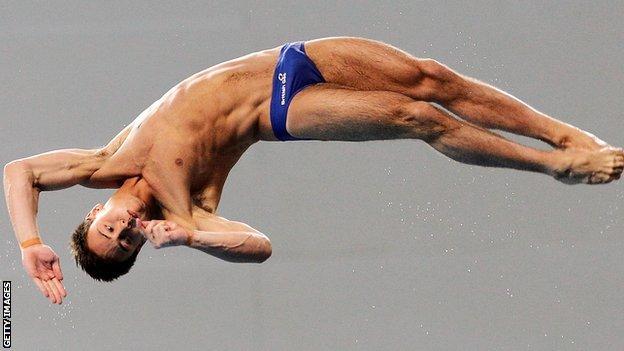 His 520.95 points placed Daley behind Lin Yue of China in the 10m platform.

Silver in the individual at the Russian Diving World Series! Woop!

On Friday, the 17-year-old had finished a disappointing fifth in the 10m platform synchronised competition alongside Peter Waterfield.

US Olympic silver medallist David Boudia completed the podium places, with Waterfield down in sixth.

Teenager Daley, who earlier in the year faced heavy criticism from GB diving performance director Alexei Evangulov over concerns that his media commitments were interfering with his build-up to London 2012, finished second to China's world champion Qiu Bo in Dubai and Beijing last month.

A further silver medal suggests, that after the low of placing seventh with Waterfield in London, his preparations are now back on track.

Daley and his team-mates will now head to Mexico for the final World Series event in Tijuana, Mexico, on 20-21 April.

Their attention will then switch to securing Team GB places for the London 2012 Olympics at the British Championships in Sheffield, on 8-10 June.