After a year's delay, more than 4,000 athletes are set to take part in the Tokyo Paralympic Games, which begin in 100 days' time on 24 August.

International Paralympic Committee president Andrew Parsons has said these Games will be the most important Paralympics in history, with the coronavirus pandemic highlighting a series of inequalities in society for disabled people.

But for the duration of the Games, which run until 5 September, it will be the competitors across the 22 sports who will be at the heart of the action.

BBC Sport looks at some of the British and overseas athletes who will be hoping to make their mark on the big stage.

Paralympic sport had never been part of O'Brien's life until the summer of 2017.

Back in 2013, she represented her country at the bobsleigh World Championships but injury ruled her out of the Sochi Winter Olympics. Then came a successful switch to cycling where she finished sixth in the sprint at the 2016 World Championships and made her Olympic debut in Rio.

But during a training session the following year, she suffered a burst tyre and ended up crashing into the motorbike that was pacing her. She suffered broken bones and was in a coma with a serious brain injury. 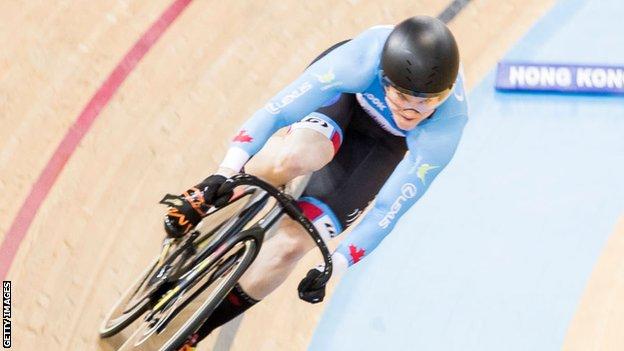 She was told she would never walk again, ride a bike or speak properly. Her Olympic dreams at an end, she, reluctantly at first, entered the world of Para-cycling and her sporting journey continues, despite being diagnosed with epilepsy in 2018.

Covid-19 may have delayed the chances of her Paralympic debut, but the 32-year-old will be hoping to make up for lost time in Tokyo.

While sport, and athletics in particular, have always been part of Young's life, he only discovered he was eligible for Para-athletics when he was 17.

The 20-year-old from Croydon was diagnosed aged 12 with Neurofibromatosis type 1 - a genetic condition that causes tumours, usually non-cancerous, to grow along nerves and in Young's case, affect his balance and coordination. 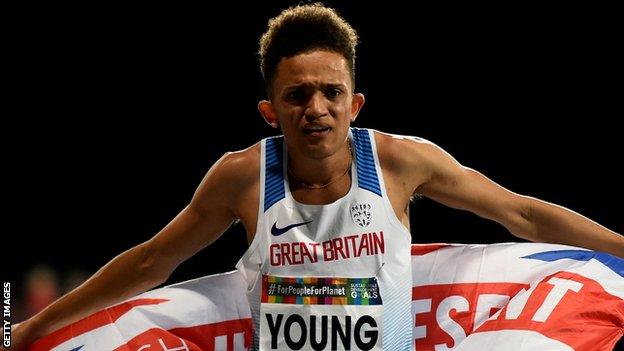 He made a big impact on his GB debut at the 2018 Para-athletics European Championships in Berlin, winning gold in both the T38 100 and 200m - something he described as "an amazing feeling".

Now based in Loughborough and part of a talented sprint group under the tutorage of Joe McDonnell, Young, who is a keen Fulham fan, took silver at the 2019 World Championships, edged out by the narrowest of margins by China's Dening Zhu.

His 2021 season has started brightly with wins in Jesolo, Italy, Coventry and Nuneaton and he will be part of the GB team for the Europeans in Poland at the start of June where he hopes to retain his title before ramping up plans for Tokyo.

Skarstein is getting ready for the busiest 12 months of her sporting career.

First, she will compete in the rowing events in Tokyo where she is the current world champion in the women's single scull and then next March she is hoping to compete in cross-country skiing at the Beijing Winter Paralympics.

She gained fame last autumn when she became the first wheelchair dancer to appear on the dance show Skal vi Danse - the Norwegian version of Strictly Come Dancing - where she and partner Philip Raabe challenged themselves and stereotypes while also dealing with criticism about her participation in the show. 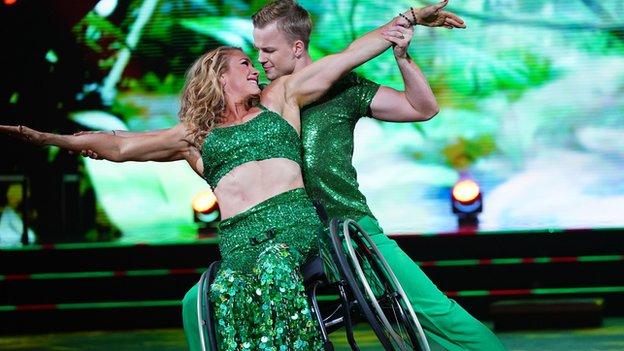 They were the first couple to achieve a perfect score in the series and lasted for eight weeks, entertaining viewers with their rumba, paso doble and tango.

Skarstein was left paralysed from the waist down in 2010 aged 16 when treatment for a leg injury resulted in an epidural injection injuring her spinal cord.

She warmed up for the Games with gold at April's European Championships and another gold later this year might be even better than a Glitterball Trophy.

Stewart proudly says he was "born into judo". He was born in February 1988 and later that year his father Dennis claimed bronze for GB in the -95kg category at the Seoul Olympics.

Both Elliot and brother Max, six years his junior, competed in the sport throughout their lives but while Elliot was training to become a teacher, he realised he was struggling to read what was on the presentation screens. Later that year he was diagnosed with keratoconus, which means his vision is always blurred.

In 2017, his father suggested that Elliot looked into joining the visually impaired ParalympicGB team and later that year, he competed in his first event. 2019 saw him claim a bronze medal in the European Championships and another bronze at the IBSA Judo International Qualifier in the United States. 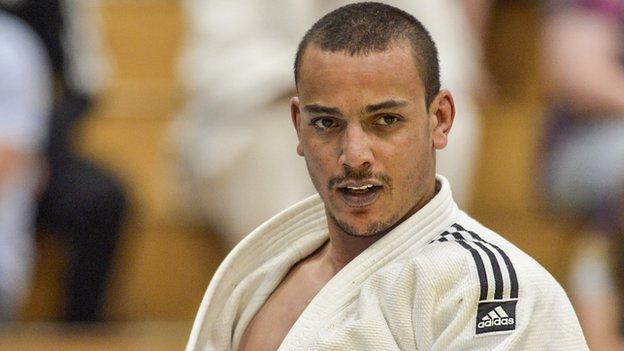 Now Stewart, who is currently ranked fifth in the world in the -90kg category, is set to make it to his debut Paralympics while Max, who is on the British Olympic programme in the same weight division, is also bidding for Tokyo.

Juggling training with a young family has been a challenge but Stewart believes his focus and determination can pay off in Japan.

Swimming star, Paralympic hopeful and social media influencer - Pagonis, known as Tas, has plenty of strings to her bow.

The 17-year-old from Long Island had always been a keen swimmer but started to lose her vision when she was 11. Aged 14, she completely lost her vision through a combination of her immune system attacking her retina and a genetic condition.

It had a devastating impact on the teenager's life and led to her experiencing depression, anxiety and mental health struggles, which resulted in her taking time out of the pool. 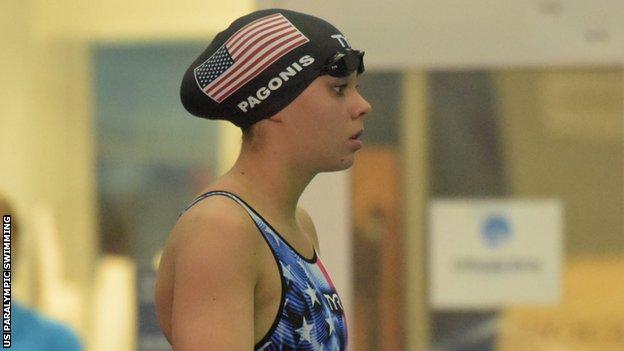 She returned to the sport and had to learn a whole new set of skills, working with her coach Marc Danin. Their efforts have paid off and having set American records in her S11 category (for swimmers without any vision), she can secure her Paralympic spot at June's US trials.

Outside the pool, Pagonis is active on social media and wants to change how people 'see' the visually impaired, including demonstrating how blind people put on make-up and sharing her love of fashion.

Proud Scot MacQueen knows what it means to be devoted to sport and how to focus on achieving a goal. Prior to a serious motorbike accident at the age of 17, which left him unable to walk, he played rugby for the Glasgow Warriors Under 21s.

It was his wife Tara who got him to pick up a bow and arrow again in 2014 and her encouragement and support has been integral to his sporting adventures since then. 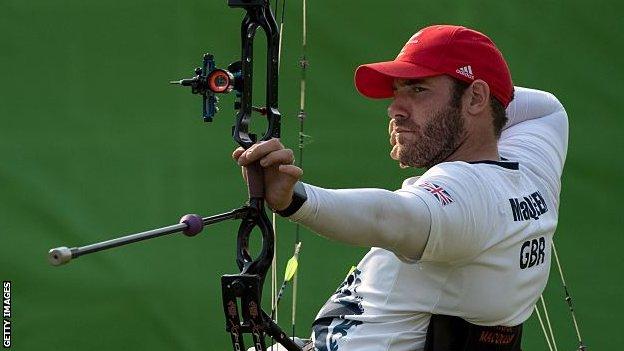 On his Games debut in Rio, he finished ninth in the compound event and his seventh place in the individual event at the 2019 World Championships earned Great Britain a quota place for the Games. MacQueen got his reward when he was confirmed on the team last month.

The delay to the Games has helped the 29-year-old, who is now ranked fourth in the world, make some tweaks to his set-up and equipment in plenty of time for Tokyo.

His target is to send his young son off to school with a gold medal around his neck so he can tell his classmates that his dad is a Paralympic champion.

Roeger, from Canberra, is hoping to make it fourth time lucky in Tokyo.

Born missing the lower part of his right arm, he grew up playing Australian rules football, basketball, cricket and table tennis and started running in high school where he was a star of the cross-country team. 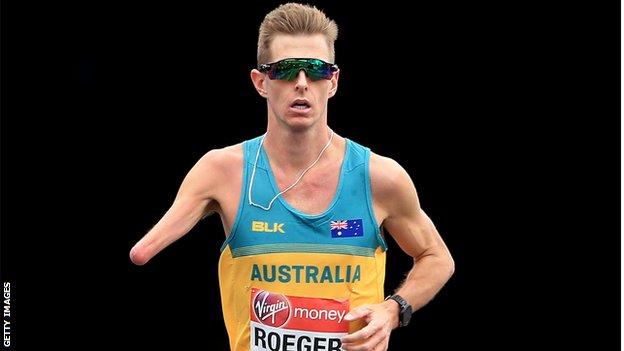 After making his Paralympic debut in Beijing where he finished eighth over 1500m and 11th in the 5000m, his London Paralympics turned into a nightmare when he suffered internal bleeding the night before his 800m final. Although he made it to the start-line, he failed to finish the race and feared his sporting might be over.

The road to redemption started in Rio where he took bronze in the T46 1500m before he had to miss the World Championships in London 2017 through injury.

The 32-year-old's switch to marathons has led to greater success with a world title in 2019 on the streets of London. He set his fourth consecutive T46 Marathon world record last month in Australia's Tokyo qualifying marathon in Sydney - breaking his previous best by 40 seconds after four months out through injury.

Rio 2016 came just too early for Yorkshire's Shackleton but with more experience under her belt, she is hoping to make her mark in Tokyo.

The 22-year-old joined the GB squad in 2013, making her international debut later that year. A keen swimmer and tennis player, she suffered a fractured spine aged nine in a machinery-related accident which left her as a wheelchair user. 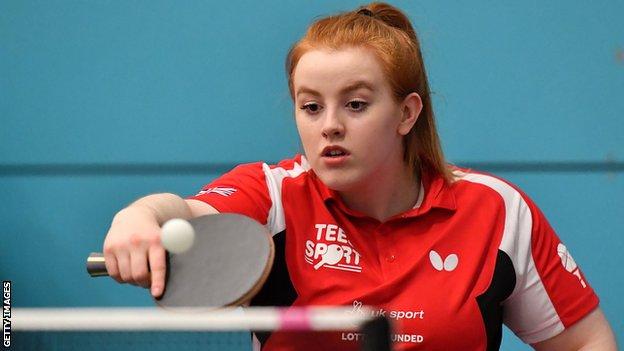 Since then, she has developed her skills with the rest of the GB squad, based in Sheffield, won European bronze medals in the team event with Sue Gilroy in both 2015 and 2019 and reached the last eight of the singles at the 2018 Worlds.

Shackleton's preparations for Tokyo have been hampered by a lack of tournaments but she can call on experience of team-mates, including Gilroy, who herself is hoping to compete at her sixth Games, as she chases Paralympic glory.