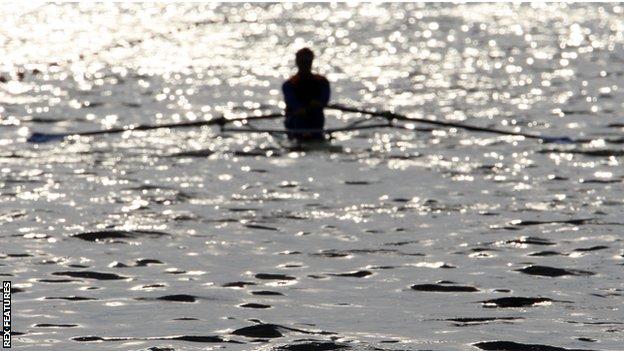 The 27-year-old from Swansea finished behind Ukraine's Roman Polianskyi and Erik Horrie of Australia in the PR1 M1x event.

"It's a great achievement and I'm really happy, Andy is an experienced racer and to be training and racing against him is incredible," Pritchard said.

"What made it difficult is this is part of our world selection, so you had that element going into this race.

"I just had to focus on what I was doing and make sure I rowed to my best ability, so if Andy did beat me I wasn't disappointed in the result.

"But I feel for Andy as well because we're good friends as well as team-mates.

"This is my first World Cup... and it's set a very high standard for hopefully my long rowing career."

Pritchard was previously a GB triathlete before a crash on his bicycle during training left him paralysed from the ribcage down.

Find out how to get into disability sport with our special guide.