The Wire side - which included comedian and Last Leg presenter Adam Hills - beat South Sydney Rabbitohs 34-12 at the ANZ Stadium in Sydney.

Anthony Seward's opening try and two scores from Will Maudsley put Wire 18-6 ahead at half-time.

Maudsley completed his hat-trick, before Luke Potter and Seward went over to seal the win.

Seward has a round trip of 450 miles from his home in Devon to Warrington in order to train and play for the team, who are the top-ranked side in England.

PDRL sees teams of nine players play on a full-length rugby league pitch, which is reduced in width by five metres on either side.

Two players are able bodied and cannot travel more than 10 metres with the ball and are unable to score points, while two players play under tag rules.

The remaining five players play under full contact and have a range of disabilities including visual impairments, limb deficiencies and brain injuries. 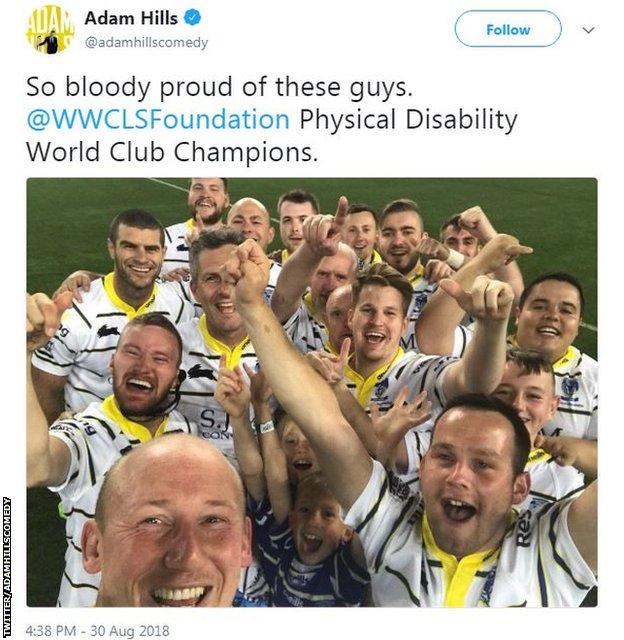