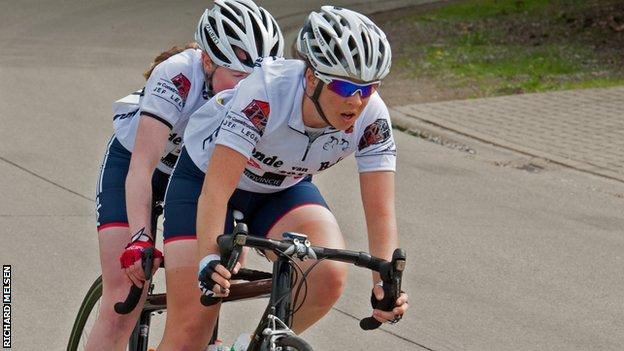 Britain's road tandem pairing of Lora Turnham and Corrine Hall were dominant at the UCI World Cup in Spain, winning both the time trial and road race.

The duo also topped the UCI world rankings and earned qualification points for GB ahead of Rio 2016.

They then finished over a minute clear in the road race on Sunday.

The pair are known for their road expertise and opted to take part in the World Cup rather than the tandem track sprint events at the Commonwealth Games.

There was a road race silver and time trial bronze for trike rider David Stone while handcyclist Karen Darke won two bronzes in her races.

Stone lost out to German rival Hans-Peter Durst in a sprint finish in the road race.

The World Cup is a key event ahead of the UCI Road World Championships which take place in Greenville, South Carolina from 28 August to 1 September.