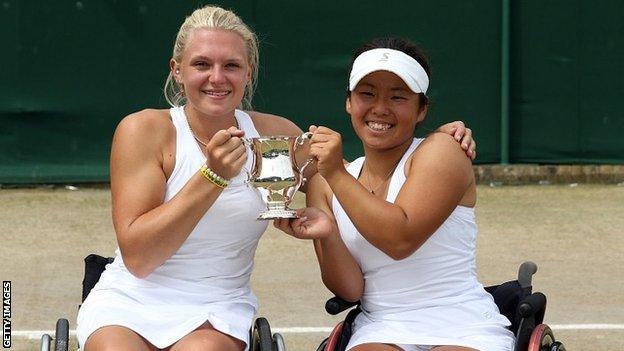 The duo have since won the French Open.

Victory at the US Open, which begins on 25 August, would complete the Grand Slam.

"I put a towel over my head, thought that I will only get one shot at a Wimbledon final and that was the turning point.

"There's pressure now because we're three-quarters of the way to a Grand Slam, but I'll be working hard until then."

Whiley, from Halesowen, and 20-year-old Kamiji were a break up in the final set, only for the number two seeds to level at 5-5.

But, after another break in game 11, Whiley served out for the match.