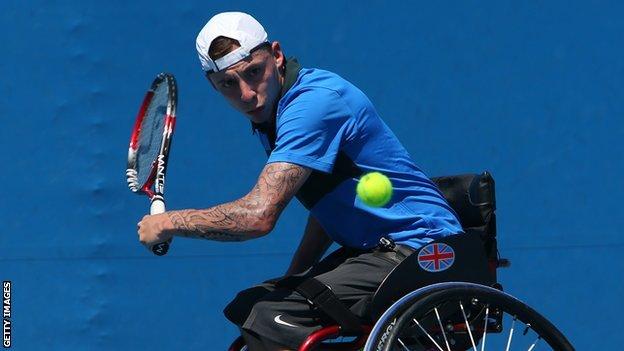 It was the world number three's second win over his rival this year.

"That one's for my auntie who passed away yesterday. I know she was looking down on me and I'm very pleased that I could win a tough final," he said.

"I'm delighted to retain both my titles here in Atlanta," she said. "It was nice to play Kaitlyn and win like I did because the last time we played each other in 2012 I lost in three sets, so it's nice to see big improvements on that."

There was also success for Britain's Marc McCarroll in the men's doubles as he and Argentina's Gustavo Fernandez, the top seeds, came from a set down to beat second seeds Yoshinobu Fujimoto of Japan and Maikel Scheffers of the Netherlands 2-6 6-2 10-8 following a deciding championship tie-break.