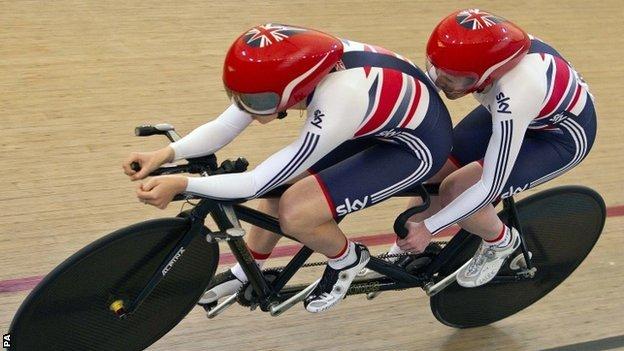 Darke, who missed some of last season after a training crash, was dominant in the women's H3 category, winning by 32 seconds from Poland's Renata Kaluza.

Turnham and Hall have made a quick switch from the track to the road after competing at last month's Track World Championships in Mexico.

But they went around the course in 40 minutes 19.43 seconds with Britain's other pair Rhiannon Henry and Lauryn Therin in eighth.

There was also bronze for David Stone in the men's T2 trike race.

Of the other GB riders, Simon Price and Jon Gildea were seventh in the C2 and C5 categories respectively, while teenager Louis Rolfe was 15th in the C2 race and Brian Alldis 15th in the H4 event.

Shaun McKeown was 12th in the C3 race with Paralympic silver medallist Rik Waddon, who is riding as an independent, in fifth

Action continues on Saturday with the road races.