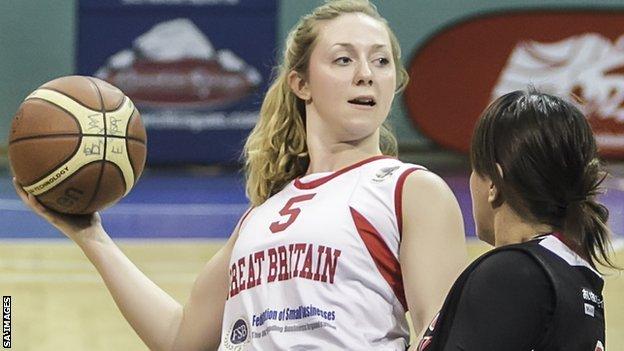 The 20-year-old psychology student was part of the GB team that won bronze at last year's European Championships.

Carrigill will lead the team at the World Championships in Toronto in June.

Head coach Miles Thompson said: "Sophie represents the example and shift of the current team. She works hard, gets on with her team-mates and is a strong, steady constant that leads by example."

The Yorkshire woman, who was left paralysed after a car accident in 2010, helped the University of Worcester win the inaugural University Wheelchair Basketball Championships in March.

The University of Worcester Arena is the training base for both the men's and women's national teams.

Thompson's side will be looking to improve on the sixth-place achieved by Great Britain in the 2010 tournament.