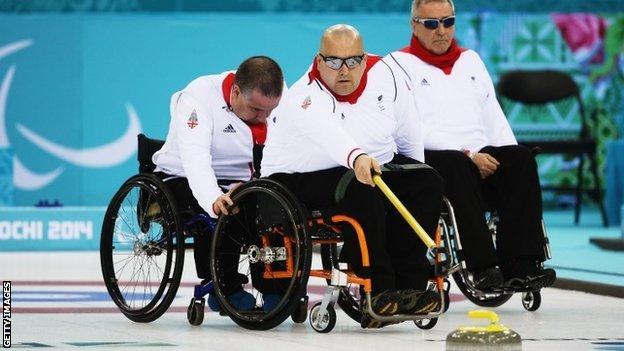 But in a tight game, littered with errors, Canada pulled ahead in the last three ends to claim victory.

Britain's next games in the round-robin stage of the tournament come against Sweden and South Korea on Sunday.

The GB team led 2-0 after the opening two ends but Canada hit back in the third of the eight ends to level the game at the Ice Cube Curling Centre.

GB edged 4-3 ahead at the halfway point but the Canadians held their nerve to score in each of the last four ends and start with a win.

Neilson, the only female skip in the competition, said: "We were really confident going into the game and really pleased with how the game started. We had a few opportunities, some of which we managed to take.

"Unfortunately, the one that we had in the sixth was the one we had to take, but we didn't, so we have to make sure that in our next game these are the opportunities we take.

"We worked really well on the ice. For a few of the guys, it's their first Games and I think they put in an awesome display out there, very supportive of me and great team dynamics."