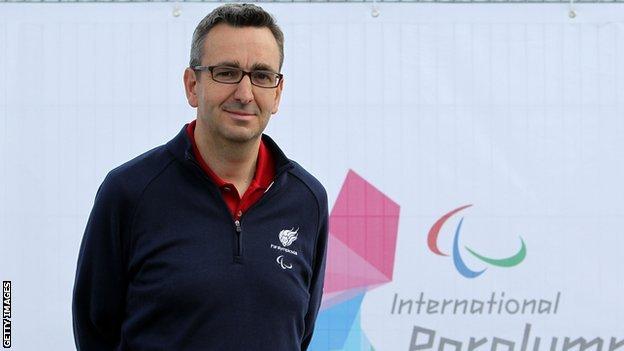 British Paralympians "feel safe" in Sochi despite the political unrest in neighbouring Ukraine.

A team of 15 athletes will represent Great Britain at the Sochi Winter Paralympics (7-16 March).

Athletes will compete in wheelchair curling events at Ice Cube Curling Centre and in alpine skiing events at Rosa Khutor.

The first Winter Paralympics were held in Sweden in 1976 when GB had six competitors.

Military forces from host nation Russia are in de facto control of the Crimea area of Ukraine, which is around 400 miles from Games venues.

"This feels like a great environment for the Games," said ParalympicsGB chief executive Tim Hollingsworth.

"We are in constant touch with the government, foreign office and the [British] embassy here in Russia."

Despite concerns about security prior to the Winter Olympics, which ended on 23 February, that event passed without major incident.

Hollingsworth, who is in charge of a 15-strong British team in Russia, told the BBC he is confident the Paralympics will follow suit.

"It feels like a safe place to be at the moment, our athletes are almost in a protected bubble and are thriving in the village," he said.

The opening ceremony takes place on Friday, with the first medals awarded the following day.