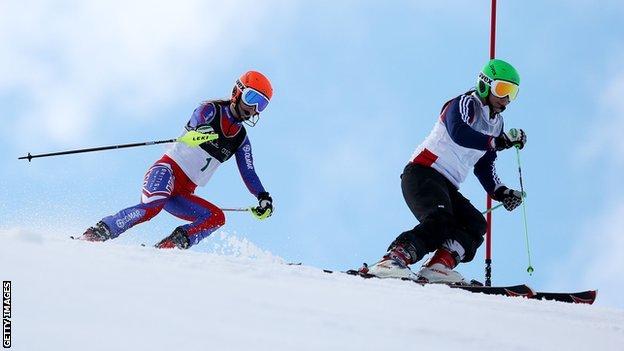 They will next be in action in Friday's Super Combined event.

Both pairings are part of the GB team for March's Winter Paralympics in Sochi.