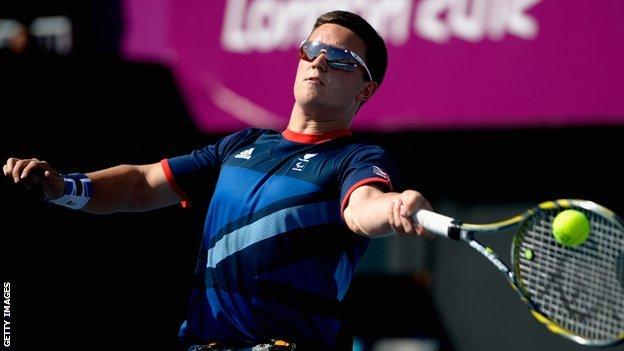 British wheelchair tennis players Gordon Reid and Lucy Shuker have both reached the Melbourne Open semi-finals as they continue their build-up to next week's Australian Open.

Reid, who is the third seed in Melbourne, will now face world number one Shingo Kunieda of Japan in Saturday's last four hoping for a second semi-final victory over the world number one in the space of a week.

"Into the semis at the Melbourne Open winning today in 3 sets. Get another crack at the world no.1 tomorrow!," the Scot tweeted afterwards

Shuker will meet Belgian top seed Sabine Ellerbrock on Saturday for a place in the final, while Andy Lapthorne and Jamie Burdekin will be in action in the quad singles semi-finals.