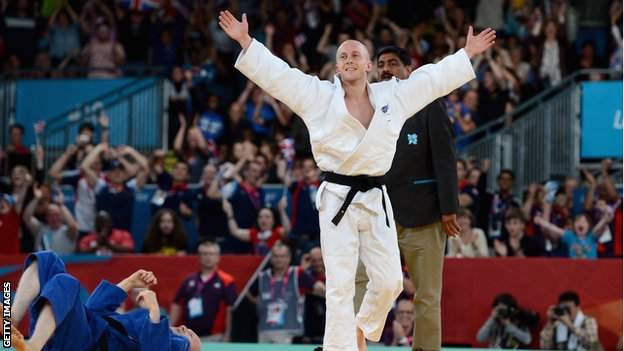 Quilter, 32, ruptured his anterior cruciate ligament seven weeks before London 2012, but delayed surgery and went on to finish an impressive third.

He had surgery in November 2012, but after the birth of his first child in June of this year, admits priorities have changed.

"To get myself back to my best and compete at the top level for Rio would need total commitment," said Quilter.

"My circumstances have changed a lot since the Games," he continued, "I now have a family and I felt the time was right for me to retire."

Quilter, who only has peripheral vision after developing Stargardt's disease in 1992, finished fifth at the 2008 Beijing Paralympics before claiming World Championship and European Championship titles in 2010 and 2011 respectively.

He aims to remain heavily involved with disability sport having recently been elected to the ParalympicsGB Athletics' Commission, while he will soon take on a new position as Disability Sport Officer for Greenwich Leisure Limited [GLL].

"I hope to continue to pass on any knowledge and experience that I have obtained throughout my career, by mentoring, public speaking and coaching," said the former judoka, who has not competed since London 2012.

"This is something I am passionate about and I see it as a wonderful opportunity to give back and have a positive impact upon others through my own life experiences."

Paralympic coach Jean-Paul Bell praised Quilter for his achievements on the mat.

"I still get emotional watching the final contest in London, as it was the culmination of four years of hard work and the monumental refusal to give up on a dream when the odds are stack against you," said Bell.

British Judo Chairman Kerrith Brown added: "Ben has been a fantastic ambassador for the sport of judo in Great Britain.

"The whole of British Judo are extremely proud about what he achieved as an athlete."