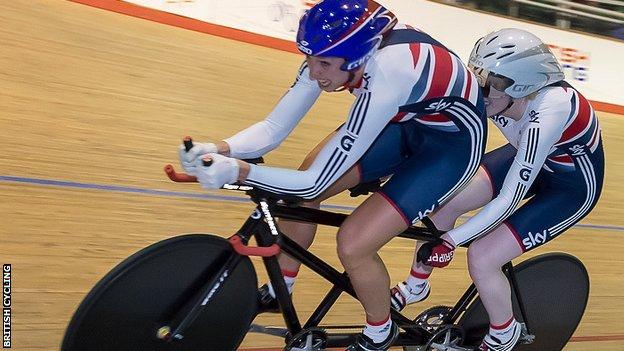 Paralympic champion Neil Fachie and newcomer Sophie Thornhill were among the winners on day one of the Paracycling International Cup.

Thornhill and her pilot Rachel James, sister of world champion Becky, were impressive winners of the women's kilo.

There was also a gold for the GB trio of Crystal Lane, Shaun McKeown and Jon-Allan Butterworth in the team sprint, while the Para-T squad of Darren Kenny, Rik Waddon and Jody Cundy won silver.