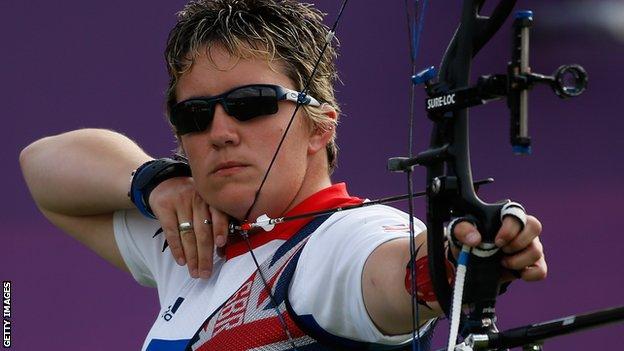 "It's the most successful world championships Britain have had and the highest medal count in the field, which is great," she told BBC Radio Norfolk.

"10 athletes went out and to come back with seven medals is phenomenal."

Norwich's Clarke won silver at London 2012 and bronze in Beijing four years earlier and was part of Britain's world championship winning team in 2009.

She is more than a decade into her career but is eager to continue past the Olympic Games in Rio in 2016.

"This is my 11th year of competing for Great Britain. I think I'm on track for Rio," she said.

"I've done well this year. I've had some significant changes and some success - it's put me in good stead.

"I'm looking forward to a break now and going into next year all guns blazing."