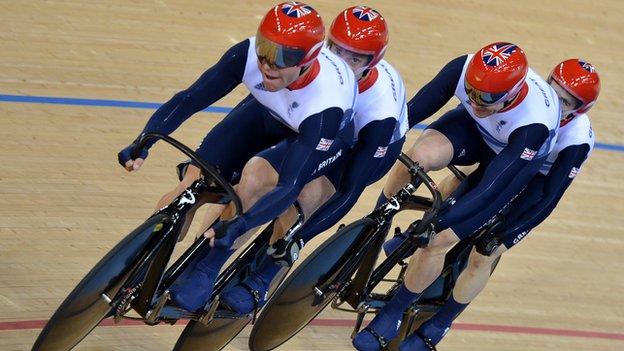 Fachie won silver in the tandem sprint and gold in the kilo at the 2012 Paralympics with pilot Barney Storey.

But the world governing body is considering dropping the tandem sprint from the programme in favour of more medals on the road cycling schedule.

"To lose one of my two events would be extremely disappointing," Fachie, 29, told BBC Sport.

"It is exciting and one of the real spectator-friendly events and it would be a shame to lose something that has captured the public's attention."

But the UCI is proposing splitting the current combined male and female tricycle categories into single sex road races, with the result that two male and two female medals would be available in Rio in 2016 and thus reducing the number of medals on offer on the track.

However, if the changes go ahead, Fachie, who finished runner-up to fellow Briton Anthony Kappes and his pilot Craig Maclean in London, faces changing his training schedule to potentially adapt to the challenges of a new event.

"It is also tough to change your long-term focus with less than three years to go until Rio.

"At the moment, I am still training for the sprint event, especially as it will be part of the programme for next year's Commonwealth Games in Glasgow, but I know I'm not the only Paralympic or Olympic athlete who has ever faced losing an event.

"However, we've been so dominant in the event at World Championships and Paralympics, it would be a sore one to take. There are other nations who are against the change too.

"In addition, there is the danger that if there aren't as many medal chances people may head elsewhere and the sport may not develop as it might have done."

Para-cycling head coach Jon Norfolk, himself a former tandem pilot, is another who hopes the UCI will reconsider the proposal.

"It would be the end of tandem sprinting if it goes from the Paralympic programme," said Norfolk. "It would be shame to see an event that is close to my heart disappear but if it does, we will just have to adapt accordingly."

British Cycling has written to the UCI to ask them to consider reviewing the proposal.

"The tandem sprint is arguably the most exciting event on the Para-cycling programme and captured the imagination of not only spectators in London last summer but millions around the world," said performance manager Gareth Sheppard.

"We understand the rationale for splitting the tricycle races but the tandem sprint should not be sacrificed to accommodate this.

"The number of cycling events in Paralympic Games is already heavily weighted towards road - losing one of the stand-out events on the track programme would be a huge loss not only for our riders but also for audiences around the world."