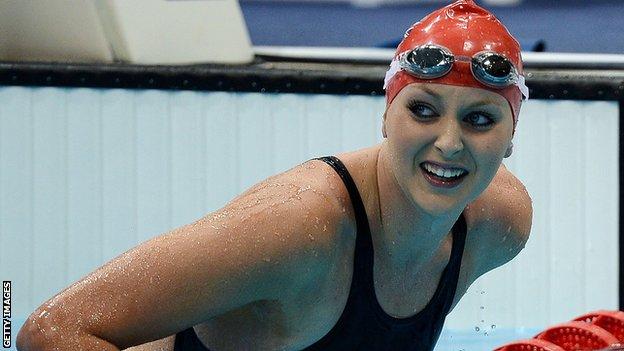 And Pinniger told BBC Radio Norfolk: "Jessica's S14 classification has less events than any other in para-swimming.

"At the moment you'll read about other athletes winning more medals than Jessica, but we hope the S14 has more medal opportunities for Rio."

Paralympic champion Applegate, whose classification is for athletes with learning disabilities, set a new world record time of two minutes and 9.88 seconds when winning gold in Montreal.

This was the highlight of a successful championships for the youngster, where she also picked up a silver in the SM14 200m individual medley and a bronze in the SM14 100m backstroke.

And Pinniger believes that her classification has made a real impact on disability sport since it was re-introduced to the Paralympics for London 2012 after a 12-year absence.

"It stopped after 2000 in Sydney as there were issues in identifying and categorising S14 athletes," he commented.

"That's been a real shame because since the S14 athletes have been back in disability swimming it's been really good.

"It's been good experience for them and a great opportunity because they are very important members of the team."