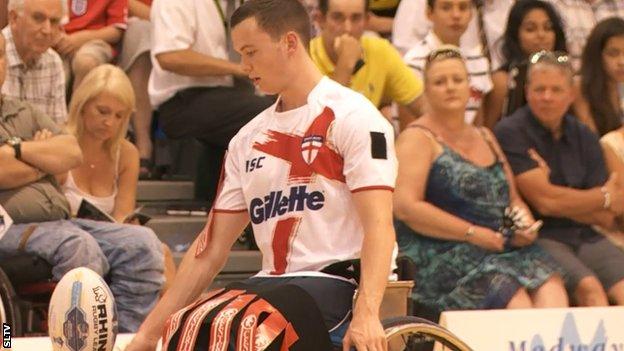 England lost by two points to France in the final of the Wheelchair Rugby League World Cup at Medway Park.

The hosts were trailing 36-6 at the start of the second half but only a last-gasp conversion miss prevented them taking the game into extra-time.

Four tries from Harry Brown and two from Chris Greenhalgh helped the fightback against the unbeaten French.

England, the defending world champions, also lost to France in their opening group match, going down 28-20.

"It was a fantastic game and really was one of two halves," said England captain Andy Wharton. "France played their hearts out and very, very well."