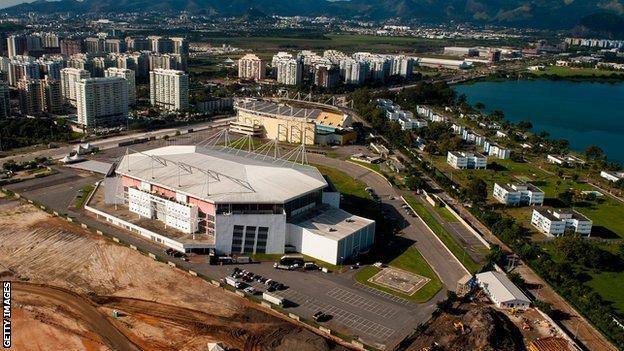 Paralympic chiefs say the 2016 Games in Rio de Janeiro will be the biggest ever in terms of the number of events.

Medals in 526 contests will be on offer in Brazil, compared with 503 at the 2012 London Paralympics.

Medals are being introduced in canoeing and triathlon, making their Paralympic debuts, and there will be more women's athletics, swimming and cycling events.

But the International Paralympic Committee (IPC) said it was reducing the number of athletics events for men.

An IPC spokesman said it would announce its athletics programme for the Rio Games after the IPC World Athletics Championships in Lyon, France later this month.

Hopefully the Rio Games will be our best yet, building on the tremendous success of London 2012

Those male athletes who find their event dropped from the Games schedule will be encouraged to retrain in other sports or focus on another event.

While some men are set to miss out in Rio, there will be an increased number of female competitors and more events for track and field athletes with severe cerebral palsy.

Canoe and triathlon will be included in the Games for the first time in Rio, with each sport awarding three medals apiece for male and female competitors.

The sport's governing bodies have until November to decide which categories of athletes will fight for those medals.

Canoe and triathlon won inclusion in the Rio Games in December 2010, seeing off bids from badminton, golf, powerchair football, taekwondo and basketball for athletes with learning disabilities.

"In just over three years' time, Rio 2016 will host the biggest Paralympics Games yet in terms of athletes and sports," said Xavier Gonzalez, the IPC's chief executive officer.

"Hopefully they will be our best yet, building on the tremendous success of London 2012.

"By the time Rio comes along, we will have doubled the number of female athletes competing in the Games in just 20 years, which is a significant achievement."

The Rio Paralympic Games will take place from 7-18 September 2016.