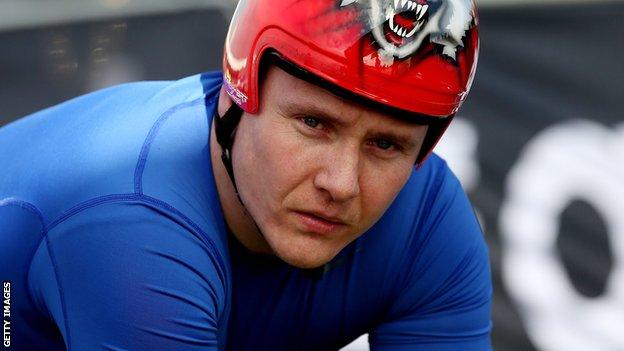 Six-time Paralympic champion David Weir says he is spurred on to further success every time he is beaten.

The 34-year-old wheelchair racer, who won four gold medals at London 2012, will compete at the IPC Athletics Grand Prix final in Birmingham this weekend.

He told BBC WM: "I like to get beaten sometimes as it gives you the drive to train harder.

"I think you need to lose. Losing the London Marathon drove me on a little bit more in training afterwards."

Weir, who has 10 Paralympic medals in total and has won the London Marathon six times, says he will stay in the sport as long as he remains competitive.

"If I am losing I am only coming second or third," the Wallington-based Londoner said. "If I started coming fifth or sixth I probably wouldn't carry on.

"This year is a different year as I am not training as hard as I was before the London Games. The drive is still there.

"As I have not got a lot of pressure on me this year I am enjoying the training.

"I think that is what keeps me going - the enjoyment of going into the park and pushing."

Weir says he is looking forward to competing in front of a British crowd again this weekend.

"This is a big deal for us," he said. "I'm looking forward to coming back and racing in front of a British crowd as we had so much support at London 2012.

"It is an opportunity for people to come and see great Paralympic sport.

"I can't remember the last time I raced at the Alexander Stadium. I am looking forward to getting on the track and racing in front of the Birmingham crowd.

"It is great we have got more racing in this county as before I had to travel all around the world to get these opportunities."