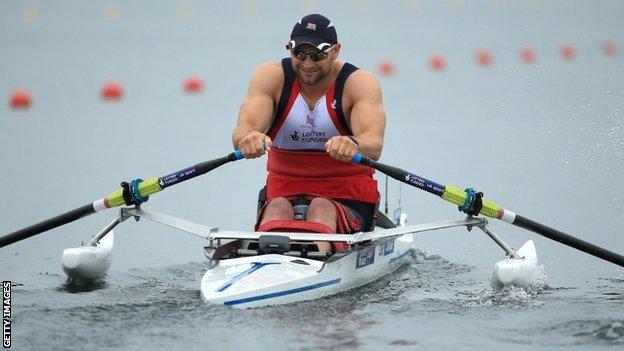 The 2008 Beijing gold medallist, 29, lost his unbeaten international record when he finished fourth at last year's London Paralympics at the same venue.

Aggar admitted he was "devastated" by his failure to win a second Paralympic medal last year, but was in strong form this time, winning his heat comfortably before following up in the final, with Russian Chuvashev well adrift and Houghton next home in third.

"It was tough racing conditions all the way down but I showed good strength and put together a good race and I'm really pleased with the result," he told British Rowing afterwards.

"About halfway through I noticed I was edging through and after that I felt confident and strong.

"Last year I underperformed and it is special to win here after the disappointment of last year and it makes up for it a little."