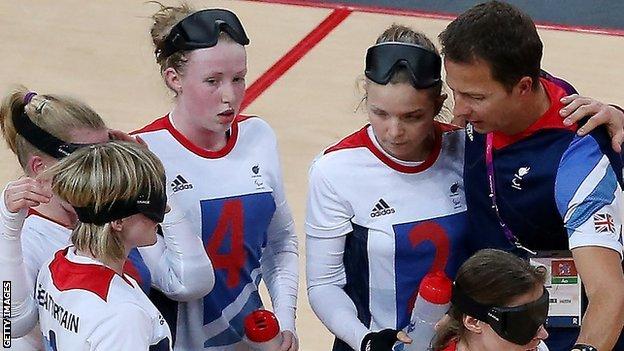 British goalballer Amy Ottaway has said the women's team will accept the responsibility of increased funding and aim to medal at Rio 2016.

"We managed with the money we had leading up to London," Norwich's Ottaway, 19, told BBC Radio Norfolk.

GoalBallUK's improved funding from UK Sport is dedicated to the women's team, following what was considered a successful Paralympics last year after reaching the quarter-finals, where they were beaten on a golden goal by Sweden.

In contrast GB's men finished bottom of their group with one point.

The progress of Ottaway and her team-mates has put them into the top tier of European competition, meaning they now have three ways of qualifying for Rio - through the European Championships, World Championships or a one-off qualifying tournament.

"The European 'A' status was really important because in terms of qualification for Rio, Europe is one of the hardest continents to qualify from, there are so many top teams," said the university student.

"It gives you more options in terms of how you can qualify, so we now have three routes, which is great."