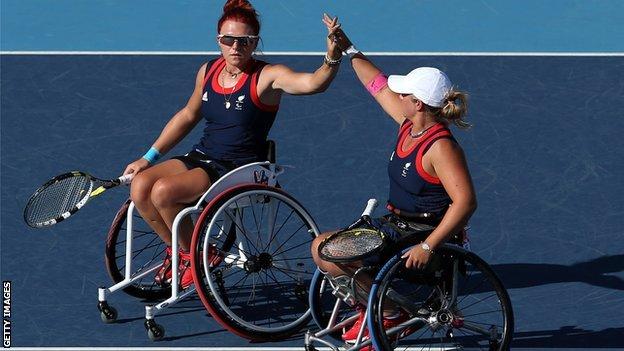 After beating Germany to reach the final, Jordanne Whiley and Lucy Shuker lost 2-0 to top seeds the Netherlands.

But 15-year-old Alfie Hewett and Lauren Jones, 17, secured the junior title for Britain as they beat Spain 2-1.

"Neither of us will forget this. It's my fourth World Team Cup after only getting one bronze medal before this, the one that we won last year. It's tremendous," said world junior number one Hewett.

Jones lost the final's opening singles rubber 6-2 6-0 to Martin de la Puente but Hewett levelled the tie with a 6-0 6-1 victory over Felix Garcia to set up a deciding doubles match.

Britain's men will face Argentina on Saturday in a play-off for fifth place while the quad team finished eighth.