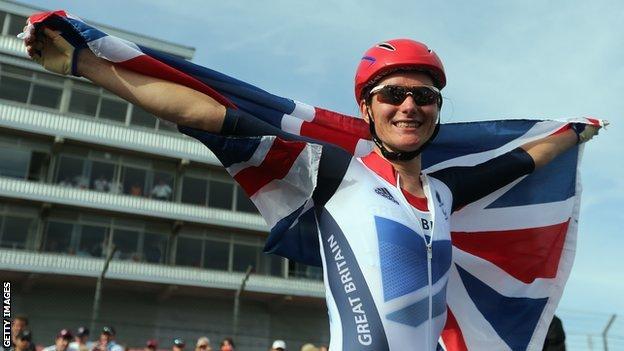 As the 2012 Games draw to a close, ParalympicsGB can reflect on an impressive series of results, smashing their target with 120 medals, including 34 golds.

The team won more medals across more sports than four years ago in Beijing but had to be content with third in the medal table behind China and Russia.

Britain's Paralympic athletes put in some superb performances, including medal success on the track, in the velodrome and in the pool.

BBC Sport looks at some of the gold medallists on the Great Britain team, assesses their performances and considers what happens next. 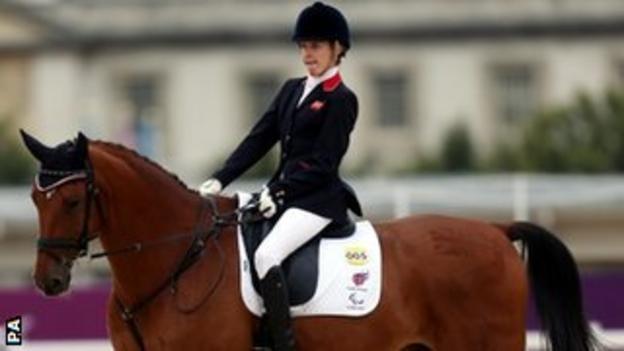 In her third Paralympics, Christiansen and her horse Janeiro 6 dominated her class, which is for the most impaired riders.

The 24-year-old has a form of cerebral palsy which means she has difficulty controlling her movements but her triple gold success in London means she now has seven Paralympic medals.

Christiansen began with a comfortable win in the individual competition and her performance helped GB extend their proud record of never failing to win a team gold at a major international event.

She then won the freestyle title with a magnificent score of 84.750%, beating her nearest rival by over five percentage points thanks to a musical routine which included excerpts from Land of Hope and Glory and also featured Big Ben's chimes, plus a quotation from Shakespeare's Richard II.

"Knowing my friends and family were in the audience was really special. Some of them had never seen me on a horse - let alone winning a medal."

Rio in 2016 will certainly be on the agenda for Christiansen, provided she has a horse that fits the bill. The Grade Ia category is competitive with Britain's Anne Dunham and Emma Sheardown both strong challengers. 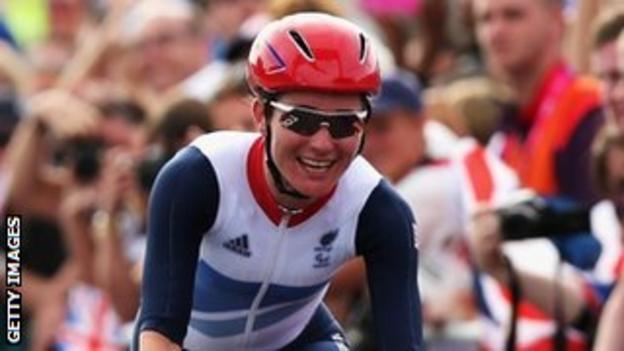 With four gold medals in London, Storey moves level with Baroness Tanni Grey-Thompson and Dave Roberts as the most successful Paralympians of the modern era with 11 golds.

The Briton only came to cycling in 2005 after a series of ear infections ended the swimming career which yielded 16 Paralympic medals, and since then she has gone from strength to strength.

She was dominant in the London velodrome, winning GB's first gold when she caught Poland's Anna Harkowska midway through their pursuit final before a hard-fought success in the time trial, a win which gave her particular pleasure having spent much of her Paralympic preparation on the road.

While Storey was dominant on the track, once the road events started, she was peerless, winning the time trial by just over a minute and a half and then the following day recording a majestic victory by seven minutes and 22 seconds in the road race.

"It feels amazing. I can't quite believe that I've been so lucky to win in my home country with my home crowd. I just wanted to make sure I added my name to Britain's road cycling successes this year. I'm so proud to be part of such an amazing team."

Storey will be 38 when Rio comes around, but she is set to continue her dominance. 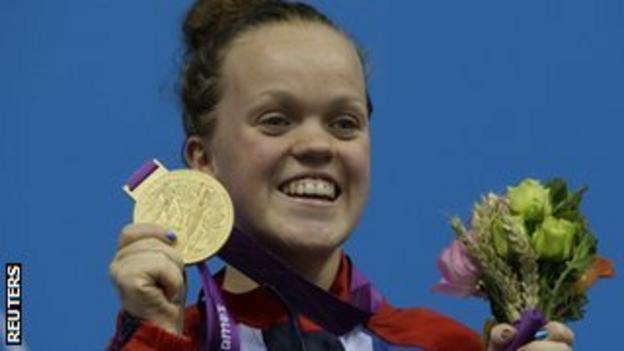 Simmonds came to London as the poster girl of the GB team and a strong favourite to add to the two gold medals she won as a 13-year-old in Beijing.

Amid all the pressure she coped superbly, winning a further four medals, including two golds, and breaking two world records.

She beat American rival Victoria Arlen in style to retain her 400m freestyle crown in a new world record time and was then too strong for the rest of the field in the 200m individual medley, breaking the world record she set at the Olympic pool earlier in the year.

Bronze in her least-favoured 50m freestyle event was still a delight and she ended her campaign with a loss to Arlen in the 100m freestyle, but was still thrilled at a new personal best in the event.

"The crowd going mental definitely pushes you on and gives you that home advantage you need. I felt I had a lot of pressure on me but I've had a great support group around me."

Simmonds will be aiming for more success at next year's World Championships in Canada but she will also be studying for A-levels in Citizenship, History and World Development. 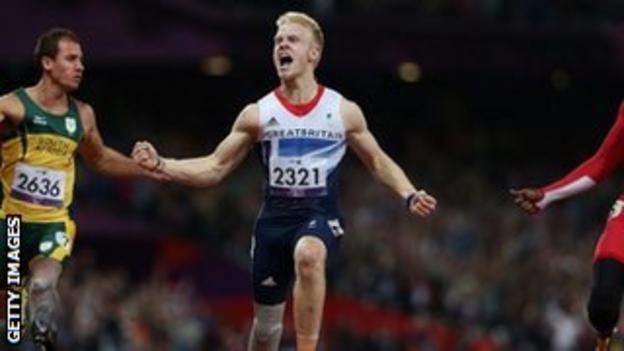 Peacock created his own place in Paralympic history when he triumphed over the likes of Oscar Pistorius, Jerome Singleton and Alan Oliviera to win the 100m crown.

The Briton lost his right leg below the knee after contracting meningococcal septicaemia at the age of five and came to athletics via a Paralympic talent ID event four years ago.

He came into the race as the favourite for gold, having set a new world record while competing as a guest at the 2012 US Paralympic Trials.

And he produced one of the most memorable performances at the Olympic Stadium, powering away in the last 30m to win in a new Paralympic record of 10.90 seconds.

"This is absolutely amazing. To hear the crowd chant my name was amazing. That's going to live with me forever. I could not have wished for better."

Peacock is set to become the face of amputee sprinting but has played down the possibility of competing in the 2016 Olympics in Rio. 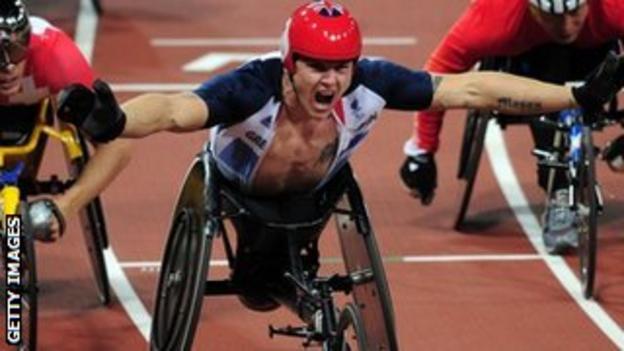 Weir's four gold medals and his performances in winning them ensures he is widely recognised as the best wheelchair racer in the world and a strong contender for BBC Sports Personality of the Year.

The man now known as "The Weirwolf" set the ball rolling with a magnificent tactical and powerful display to beat his rivals in the 5,000m and then successfully defended his 1500m crown in front of a fanatical home crowd.

The 800m on Thursday was always set to be a tough race but he held off China's Zhang Lixin and Swiss racer Marcel Hug to triumph once again.

And, as he has done six times already in winning the London Marathon, he ruled on the Mall in the marathon, outpacing Australia's Kurt Fearnley and Hug to finish his Games on a high.

"The training going into this competition is the best I've ever felt - the speeds I've been hitting and the mileage I've been doing. I've had no injuries and no illnesses so it's been a great preparation."

It is not yet clear whether Weir will target another Paralympics in Rio, but a break is definitely on the cards as his partner is expecting a baby next month.