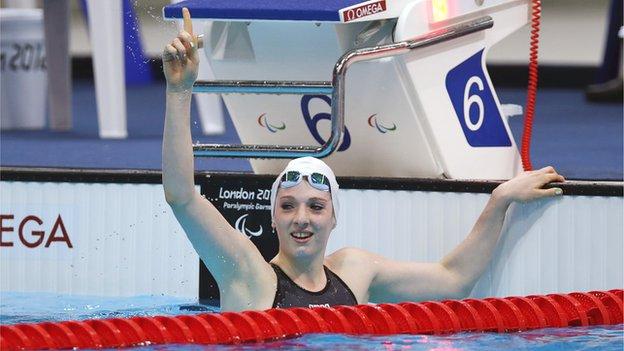 Northern Ireland teenager Bethany Firth has clinched a gold medal at the Paralympics by winning the 100 metres backstroke final in London.

Firth was second in her S14 heat and qualified fourth fastest overall at the Aquatics Centre. on Friday morning.

Rostrevor's Laurence McGivern came eighth in the 100m backstroke final of the S9 class in 1:06.11.

McGivern took almost two seconds off his personal best in the heats, with a time of 1:05.35, and qualified sixth for the final.

Firth was followed in by Australia's Taylor Corry and Marlou van der Kulk of the Netherlands in the final.

She struggled with shoulder injuries earlier this year but looked impressive when clocking a time of 1:10:33 to finish second fastest in heat two.

Firth will also compete in the 100m breaststroke and 200m freestyle events.

The schoolgirl claimed silver in the 200m freestyle at the European Championships last year.