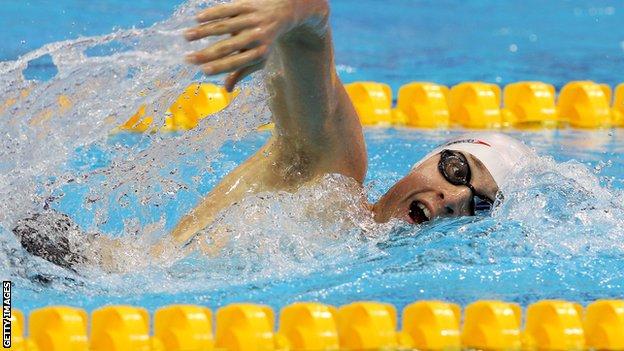 Lincolnshire's Rob Welbourn says he is delighted to be selected for the Great Britain Paralympic swimming squad for London 2012, his third Games.

Welbourn, 24, will compete in London in the S10 400m freestyle in which he won silver medals in Athens and Beijing.

"Winning the medals was a fantastic achievement that I'm really proud of," he told BBC Lincolnshire.

"But a home Games is something I'll never experience again. When you put so much in, it's nice to get the rewards."

Welbourn, who is from Market Deeping but now based in Swansea, won gold medals in the relay in both of his previous Paralympic Games in addition to the individual silvers and is set on adding to his tally.

"It is hard work," he said. "I'm in the pool 10 times a week for two hours at a time, maybe more, and in the gym three or four times a week.

"I've practically had to give up everything else to concentrate on the swimming so I'll be putting everything into it to make sure I get the best result I can."