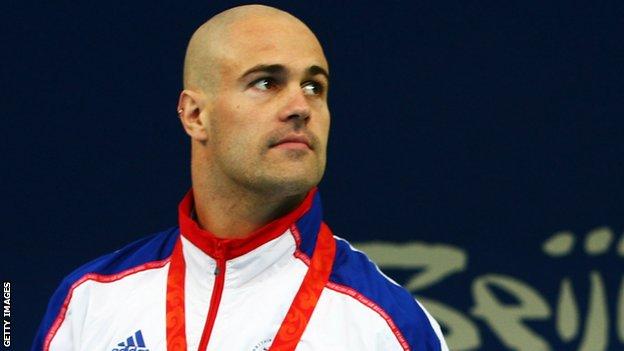 Eleven-time Paralympic gold medallist Dave Roberts failed to hit the qualifying time in the 50m free at the Paralympic trials in Sheffield.

He has another chance to be at London 2012 through Saturday's 100m freestyle.

On Friday Roberts clocked 29.77 seconds in the B final, well short of the 29.29 qualifying standard.

The Welshman needs one gold medal to beat Baroness Tanni Grey-Thompson's Paralympic tally and become the most successful British Paralympian of the modern era.

But he has struggled with illness and injury over the last 18 months, which has hampered his training.

"I've only had three weeks training so to be where I am now is probably ahead of where I should be," he said.

"I've done what I can and it is down to the selectors."

Millward, who was a talented able-bodied swimmer before being diagnosed with MS as a teenager, finished in a time of 2:38.03.

The 31-year-old, who is based in Swansea, made her Paralympic debut in Beijing but since then has become one of the strongest competitors in her S9 class.

"I've really worked on my breaststroke and to get an eight-second personal best in the event is fantastic," she explained afterwards. "I'm very impressed with myself and the four years of hard work since Beijing has paid off."

Millward's performance means that 13-year-old Amy Marren, who set a new personal best to beat the qualifying standard in the same category, must wait to see if she is given the nod for London by the selectors.

"I wasn't expecting anything near a qualifying time - I'm really pleased with myself," she said afterwards.

"I'm swimming a lot more positively and it is paying off."