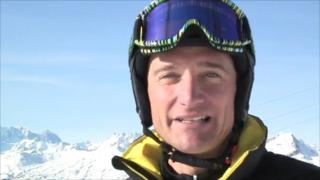 The week kicked off with an opening ceremony and torch-lit parade, as over 70 skiers with learning disabilities competed for medals.

Skiers also had the chance to be selected to represent GB at the Special Olympics World Winter Games in South Korea in 2013.