"I was told if I stepped outside the room then you're going to jail." When that jail is the smallest prison in the world it certainly is a deterrent.

But for one darts referee the threat of incarceration if he broke his 14-day period of self-isolation was worth it to oversee a tournament in one of the most scenic places in Britain.

The Herm Open on the smallest inhabited Channel Island a few miles off Guernsey may be far from the razzmatazz of the Alexandra Palace or Blackpool's Winter Gardens, but Roger Spencer was happy to lock himself away for a fortnight in order to officiate at the event.

"I knew in advance what I had to do," London-based Spencer, who writes under the pen name 'The Pearly King' for Darts World magazine, told BBC Sport.

"It went so well last year and I'd been looking forward to coming back. I couldn't come back for the inter-insular (when Guernsey take on Jersey) as it was cancelled and I've been itching to come back here, so I didn't need much persuasion to come over.

"The people are so friendly. When you're used to the hustle and bustle of London it's lovely to come back here and relax."

Herm follows Guernsey's strict Covid-19 regulations - anyone coming to the island must self-isolate with strict repercussions for those who do not - and the island has remained largely coronavirus free thanks to their measures.

It is home to just 60 people and has what is known as the world's smallest prison - as well as some of the most picturesque beaches found anywhere in Britain.

But coming over to Herm meant Spencer having to self-isolate in the staff quarters of the island's only hotel having been escorted to St Peter Port harbour from Guernsey's airport for his 20-minute ferry trip to Herm.

"I had to sit out on the deck and I can't swim," recalls Spencer, whose time Herm coincided with some bad weather.

"It was a bit choppy, the boat was swaying from side to side and I was getting drenched with the waves crashing over. I was holding onto the sides as it was a like a bucking bronco.

"Then I had a view of the back of the hotel for two weeks.

Spencer was fed and watered by the hotel and managed to keep himself entertained before being given his freedom and a more comfortable room in the hotel itself a day before the event at the Herm's Mermaid Tavern.

"Fortunately I had my laptop and various films that I'd downloaded," he said.

"I had some admin work to do so at least that passed the time and the days didn't drag.

"I treated every day like a Sunday morning back home so I didn't get out of bed until 11 and in some ways it was better as I didn't have the hoovering to do!" 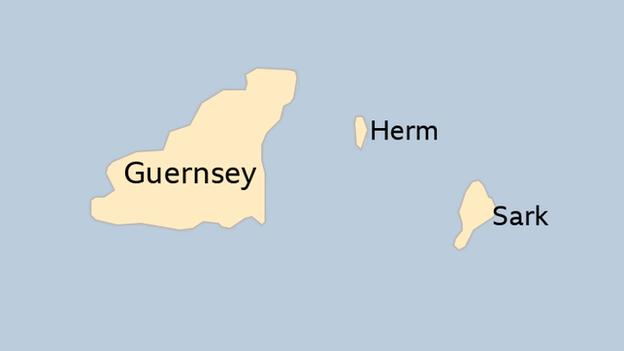 Last year the Herm Open attracted players from across the Channel Islands and the UK.

With the picturesque setting and tournament's friendly atmosphere it was hoped for a bigger field this time around.

But with just Spencer prepared to do a fortnight in quarantine it was left to 50 players from Guernsey to take the three-mile ferry ride for the event which had a £500 prize for the men's winners and £300 for the top women.

"We started a day earlier than last year to allow everyone to relax, had a pairs tournament on the Friday and then we started with the serious stuff when you're playing for the money.

"Even though people from Jersey and the UK couldn't come over, the local guys from Guernsey supported it really well in terms of numbers.

"Everyone said how much they enjoyed it and said they couldn't wait to come back next year. That alone is an endorsement of how well the competition's run."

And once it was all over he was able to travel back to Guernsey, this time inside the ferry, and spend a bit of time as a tourist.

"Normally I come out of the airport and go straight to the harbour in a cab. I keep telling people how good it is here but I've never really seen the place!"

Roger will be back in 2021, although he is hoping he will not have to spend quite so much time on Herm before the event.