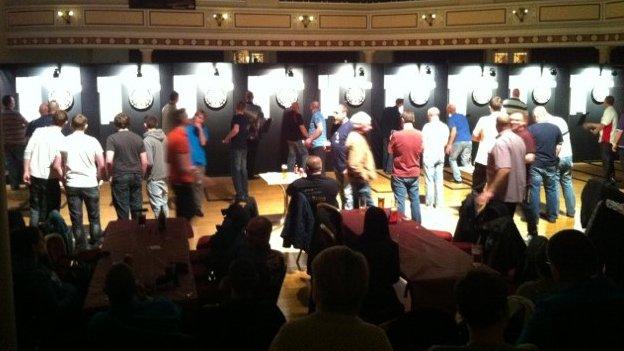 England's Dennis Harbour followed up his victory in the Scottish Open by winning the 30th Isle of Man International Darts Festival title.

Peterborough-based Harbour secured an impressive 5-2 victory over Middlesbrough's Glen Durrant in the final at the Villa Marina in Douglas.

The women's doubles title was won by Deta Hedman and Rachel Brookes.

Players were competing for world ranking points which count towards qualifying for a place at the World Championships.

Hundreds of darts players and fans travelled to the island for the four-day event.