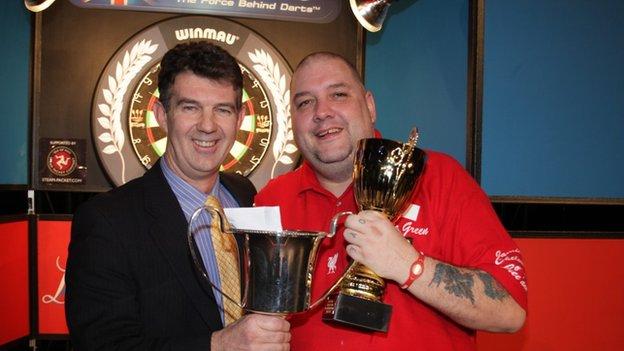 Robbie Green beat fellow Englishman James Wilson 5-1 in the final to claim the men's title at the 29th Isle of Man International Darts Festival on Sunday.

Green, from Liverpool and nicknamed "Kong," had an average of 114.65 in a storming final performance.

The 39-year-old said: "I have not played well all weekend but it all came together in the final."

Green added: "This is a tournament that I have never done well in.

"I'm already looking forward to coming back as the defending champion."

Players were competing for world ranking points which count towards qualifying for a place at the World Championships.

More than 1,000 darts players and fans travelled to the island for the four-day event held at the Villa Marina in Douglas.