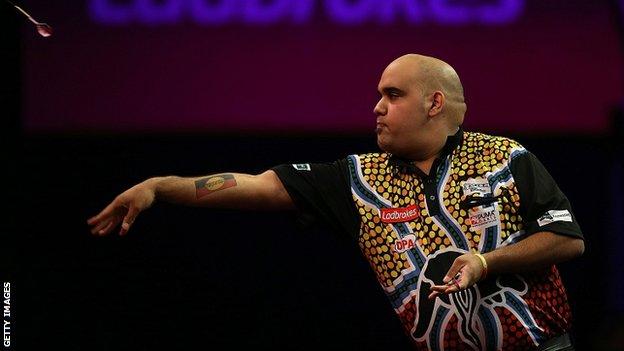 Englishman Jenkins threw the perfect leg during the fifth set of his first-round match at Alexandra Palace, only to lose 3-2 to Denmark's Per Laursen.

Jenkins was on course to collect the £30,000 prize on offer if there was just one nine-darter in the tournament.

But Australia's Anderson matched him on the way to defeat against Ian White.