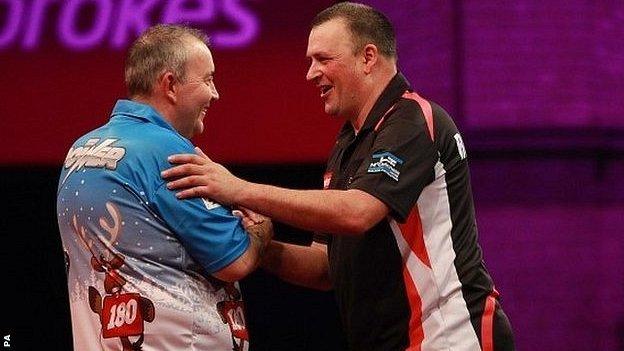 Szabo, a qualifier from New Zealand, took the first set and led in the second at Alexandra Palace as 16-time world champion Taylor started slowly.

The 53-year-old from Stoke-on-Trent took the third set and sealed victory at the ninth attempt in the fourth.