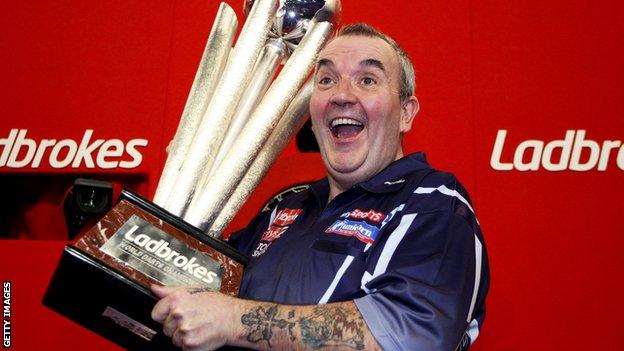 World number one and defending champion Phil Taylor will face either Rob Szabo or Ian Moss in the first round of the 2014 PDC World Championship.

The 53-year-old from Stoke-on-Trent will be aiming to win a 17th world title at the Alexandra Palace.

Michael van Gerwen, who but on Sunday, plays either Zoran Lerchbacher or Ben Ward.

Brothers Kim and Ronny Huybrechts from Belgium will meet in the first round.

They met in the Grand Slam of Darts last month, with younger sibling Kim coming through their last-16 match in Wolverhampton.

Adrian Lewis, world champion in 2011 and 2012, will face Dennis Smith, while Gary Anderson's match with 2005 finalist Mark Dudbridge is another exciting first-round tie.

Taylor must wait for the outcome of the preliminary-round encounter between Szabo and Moss before discovering his first-round opponent.

Szabo was the first man to qualify for the World Championship after winning the national title in his native New Zealand in July.

Moss, from Witney in Oxfordshire, claimed one of the last two spots after performing well in last week's final qualifying event in Barnsley.