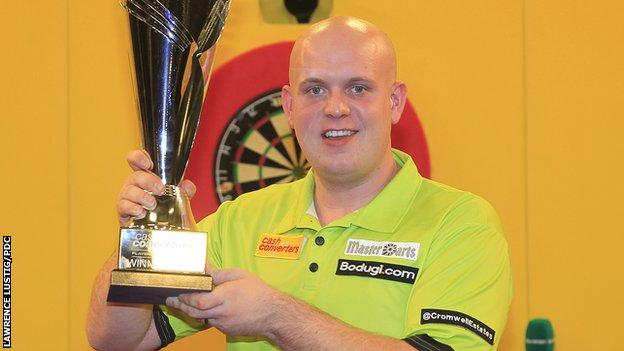 The Dutchman, 24, trailed 6-3 in the final but won seven consecutive legs to stun defending champion Taylor and eventually triumphed 11-7.

"If you want to beat Phil, you can't afford to miss," said van Gerwen.

Van Gerwen, who also beat Taylor in the final of the Premier League in May, continued: "I'm very happy because I'd lost in a couple of finals and people were talking about my performances, but I knew I had the game there."

Taylor, 53, has won seven televised tournaments in 2013 and will go in search of a 17th world title later this month, with the draw for the first round of the World Championship made on Monday.