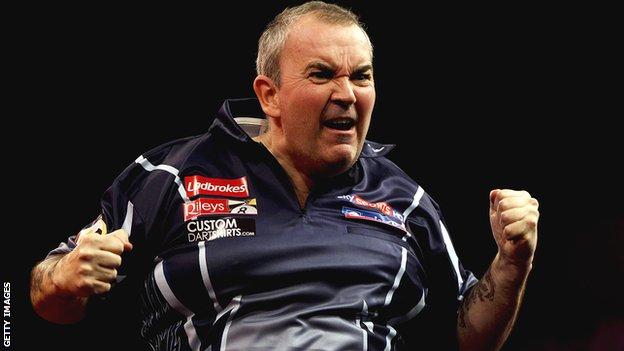 World number one Phil Taylor has been drawn against Stuart Kellett in the first round of the World Matchplay, which starts in Blackpool on 20 July.

Stoke-on-Trent's Taylor, 52, goes into the event as the

Taylor has won the World Matchplay title, widely considered to be the second most prestigious event in the PDC calendar behind the World Championship, on 13 occasions.

He last suffered defeat at the Winter Gardens in 2007.

Kellett, meanwhile, is currently ranked 43rd in the PDC Order of Merit.