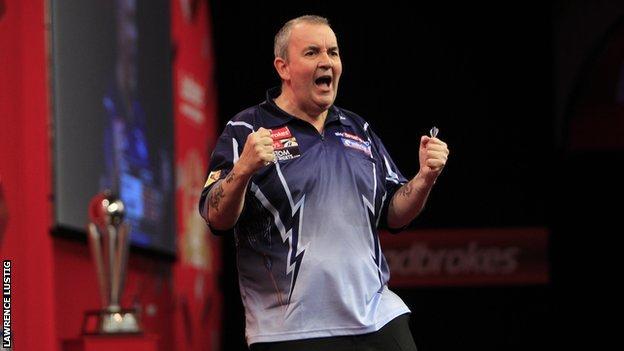 Darts players on the Isle of Man are being offered a once-in-a-lifetime chance to play against 16-time world champion Phil 'The Power' Taylor.

Four islanders will have the opportunity to qualify for the Isle of Man Darts Classic and face the darts legend later this year.

"I am really looking forward to playing. We will all be trying our best to win. I can't wait," said Power.

"I want to meet the people and play the best local players and I'm sure I will enjoy it as much as I hope they will."

Isle of Man players can qualify for the competition through a number of preliminary tournaments held on-island throughout the summer.

The first was held in Peel over the weekend, with Colin Tyrer and Aaron Bradley booking their place in August's play-offs.

Organiser Steve Templeman said: "This is a once-in-a-lifetime opportunity for local darts players to take on the very best."

More than 1000 spectators are expected to watch the main event, which will be held in Douglas on 28 September.

28 September: The Isle of Man Darts Classic at The Villa Marina, Douglas.