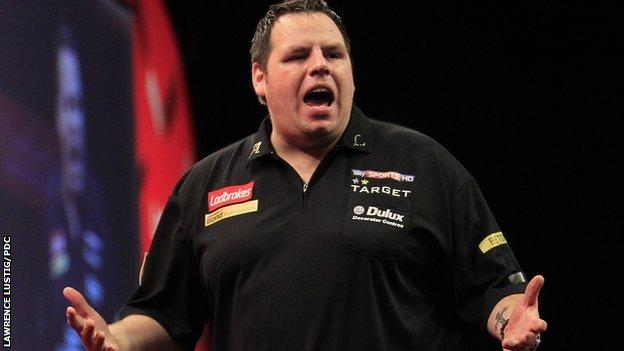 Defending champion Adrian Lewis survived a first-round scare for the second year running at the PDC World Championship at the Alexandra Palace.

Lewis, who had to recover from 2-0 down against Nigel Haydon at the same stage last year, lost the first set to Gino Vos before recovering to win 3-1.

"The first round is probably the hardest one," said Lewis.

Meanwhile, Robert Thornton, Paul Nicholson and Kevin Painter all booked spots in the second round.

Thornton and Nicholson will now meet in the last 32 after wins over Magnus Caris and Co Stompe respectively.