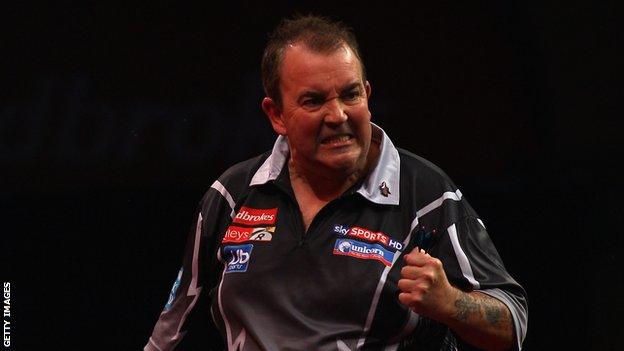 Phil Taylor says he heads into the PDC World Championship in some of the best form of his career and is confident of winning a 16th world title.

Taylor, 52, failed to make the quarter-finals of the tournament for the first time last year.

Since that surprise defeat he has gone from strength-to-strength, winning five of the eight events he has played in.

"I am feeling brilliant and I can win a 16th title without a shadow of a doubt," Taylor told BBC Sport.

"I have probably been playing on the practice board better than I have before. If I can take that form onto the stage, then I know I will be up there."

Taylor is the number one seed for the event, which takes place between 14 December and 1 January.

He plays Michael Mansell in his first round match on Saturday.

Taylor has dominated darts for over two decades, but has failed to win the World Championship for the last two years.

Adrian Lewis won the 2011 and 2012 events but Taylor is confident he can prevent his one-time protege from claiming a third successive victory.

He added: "People say that I am finished but then I've won five out of eight tournaments this year, but everyone expects me to win all eight.

"It is impossible to peak all year, but I can get myself ready for certain tournaments.

"I have set my target on the World Championship, that is the one I am after."