The 2019 men's and women's Tour de Yorkshire will include the circuit being used for next year's Road World Championships races in Harrogate.

Both pelotons will cover the 14km (8.7 miles) circuit during a 132km route from Barnsley to Bedale.

It will be the second of four stages in the men's race, which runs from 2-5 May, and first of two for the women.

"This will be the only chance the riders get to sample the Harrogate circuit under race conditions.

"I'm also proud that we're continuing to lead the way when it comes to promoting women's cycling. Changing the start of the women's race from Thursday to Friday should guarantee greater exposure and the routes for the two stages are now exactly the same as the men's."

Christian Prudhomme, ASO's Tour de France director, added: "Including the Harrogate circuit gives the race an added dimension and we want 'The Yorkshire Classic' stage of the men's race (stage four) to become one of the most anticipated dates on the professional cycling calendar."

The Tour de Yorkshire was upgraded by cycling's governing body, the UCI, in October to HC status for the 2019 edition - the highest category for a multi-day race outside of the UCI WorldTour.

The women's Tour de Yorkshire moved to a multi-stage event for the first time this year, having been run as a one-day race for its first two editions.

The 2019 Road World Championships will run from 21-29 September.

The elite men's road race will feature seven laps of the finishing circuit in Harrogate, with the elite women covering three laps. 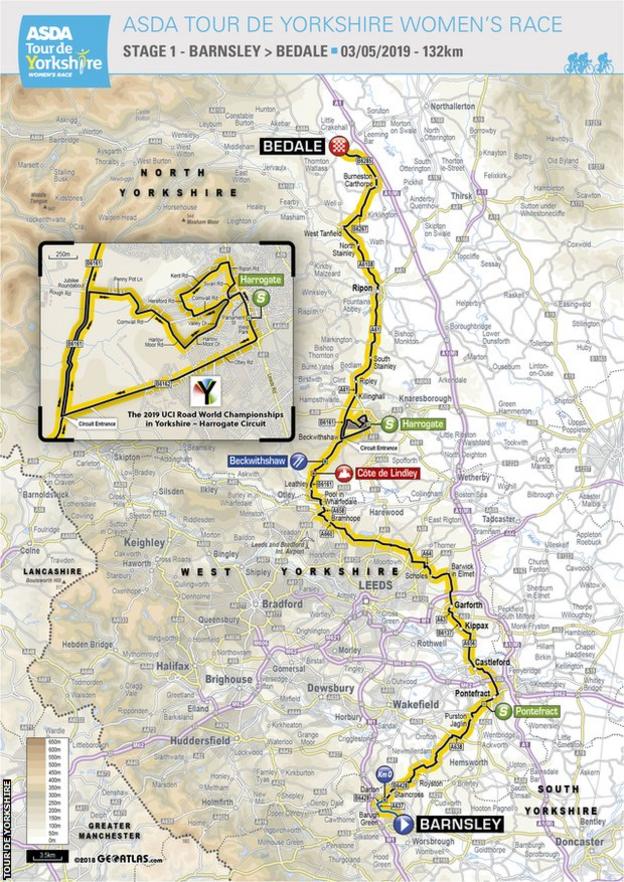