Glasgow's Riverside Museum will act as the starting point for the time trials when the European Cycling Road Championships come to the UK for the first time this summer.

The event will then head through East Dunbartonshire and Stirling before finishing in Glasgow Green.

The road races will start and finish in Glasgow Green.

More than 300 of Europe's best male and female cyclists will compete on 5, 8 and 12 August. 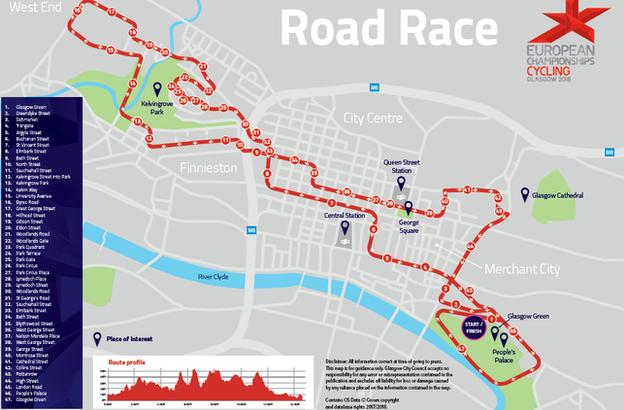 The road race routes will take competitors on a series of laps through the heart of Glasgow and past some of the city's most famous landmarks.

Councillor David McDonald, Glasgow City Council depute leader, said: "The great road races of France, Spain and Italy all showcase their cities and countryside to massive audiences and I am sure these events will do the same for Glasgow and our neighbours.

"Scotland has a great cycling tradition and I look forward to these races and time trials being hugely popular."

Other sports taking place across Glasgow and Scotland during the Championships include the European Championships for aquatics, gymnastics, rowing and triathlon along with a new European golf team championship at Gleneagles.

Athletics will take place in Berlin, with the championships running from 2-12 August. 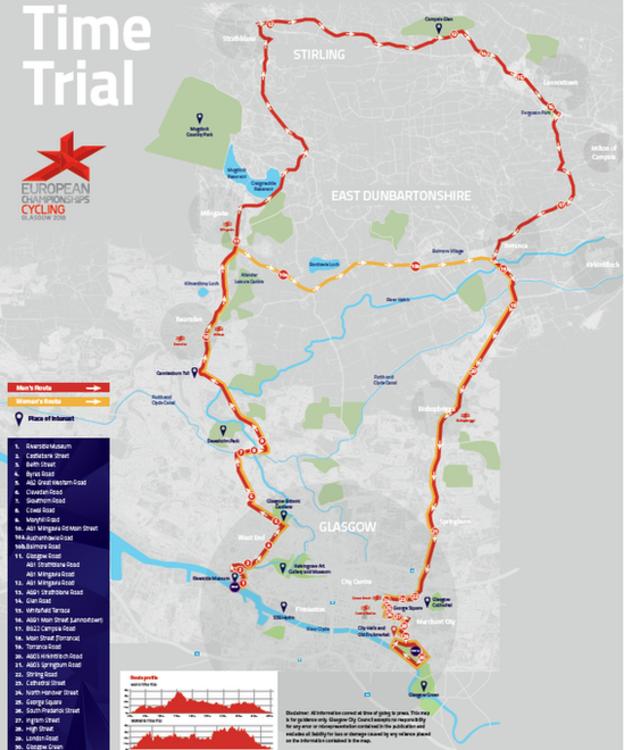