Lizzie Deignan broke away from the field to win the women's Tour de Yorkshire in her home county.

It was the second consecutive day that Orica-Scott's Ewan was runner-up but that was enough to earn him the race leader's blue jersey.

'I just went on instinct' 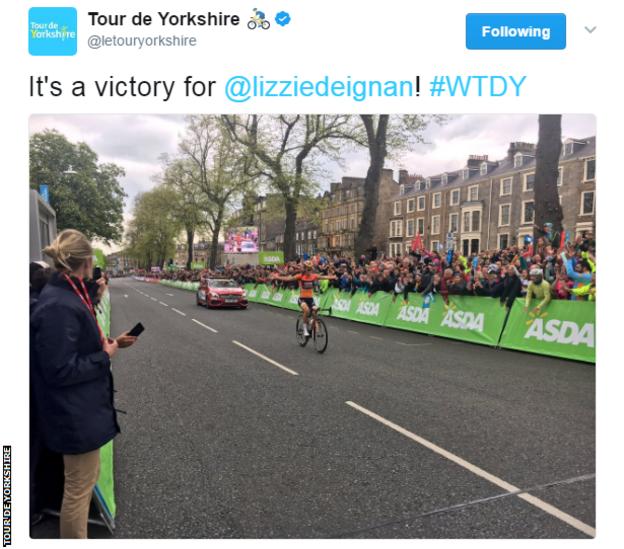 Deignan, her Dutch Boels-Dolman team-mate Van der Breggen and Cylance Pro Cycling's King were part of an eight-strong group that broke away from the field with about 60km remaining after climbing the brutal Cote de Lofthouse.

The three riders then moved ahead as the route flattened out before Deignan made her move to record her first win since marrying Team Sky racer Philip Deignan in September 2016.

"It rates pretty high up there. To finish how I did, solo, with the crowds on the finish line is surreal and special all at the same time," she told BBC Sport.

"I didn't soak it up until I had about 100m to go," added Deignan, who finished 55 seconds ahead of American Coryn Rivera. 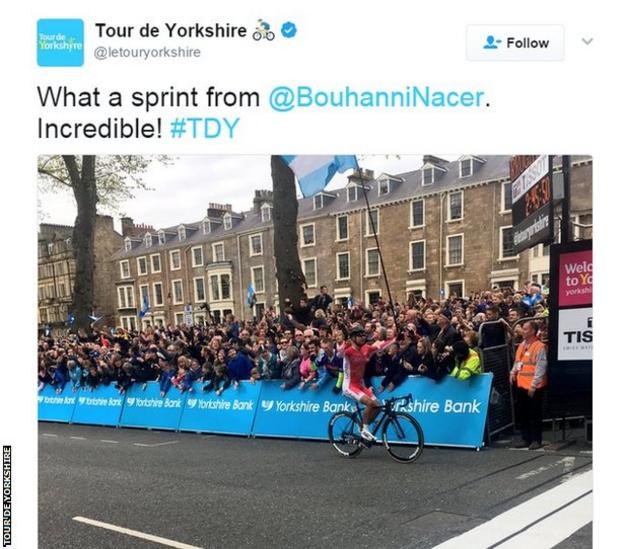 Frenchman Bouhanni, riding for Cofidis, prevailed after an untidy sprint to the finish of the 122.5km stage from Tadcaster, caused by a flurry of late attacks.

"It was hard and steep at the finish - it seems like all the roads are hilly in Yorkshire," Bouhanni, 26, said.

"Yesterday I watched the finish of the 2014 Tour de France stage here and that allowed me to better understand today's sprint.

"There were so many people on the road it felt like the Tour de France."