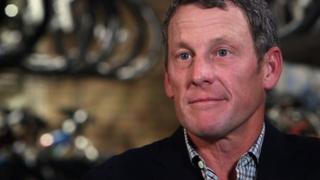 Disgraced cyclist Lance Armstrong says he would probably cheat again if he was in the same situation as he was during the 1990s.

Armstrong ended years of denials when he admitted during a January 2013 television interview to using performance-enhancing drugs during all seven of his Tour de France wins.

He had been stripped of his Tour titles in October 2012 by the International Cycling Union (UCI).

The 43-year-old tells BBC Sport's Dan Roan that he believes his lifetime ban is unfair and that his treatment has been harsh.