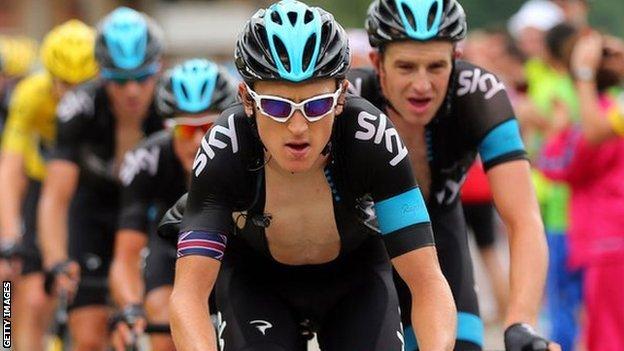 Welshman Geraint Thomas won the Tour of Bavaria for the second time by retaining the yellow jersey on the final stage into Nuremberg.

The 28-year-old Team Sky rider crossed the line with the rest of the peloton in a massed sprint finish.

Sam Bennett won the 159.6km stage for NetApp-Endura, the 23-year-old's second victory on German soil this year after winning the Tour of Cologne in April.

Thomas, who also won the Tour of Bavaria in 2011, took over the yellow jersey in Saturday's individual time trial.

He finished the five-day race with a 19-second advantage over Switzerland's Mathias Frank.