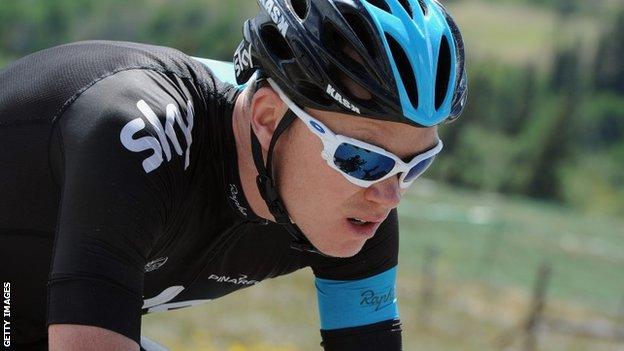 The Team Sky rider, 28, said: "It feels absolutely fantastic, especially with it being my first race of the season.

"Coming into the race I wasn't sure exactly where my form was but this has proved I'm where I need to be."

Froome made his move around 1.5km from the summit of Green Mountain at the end of the 147.5km race from BidBid to Jabal Al Akhdhar.

"I could see Rigo chasing me for a while, and obviously Tejay again, and they both deserve respect for that, but I was pleased with the amount of time I was able to put into them," Froome, who won the stage by 22 seconds, continued on the Team Sky website.

"We came into this race with much less stress than previously, and no massive expectations, but to be able to do what we've done here is fantastic and it all bodes well for the season to come."

Sunday's final stage finishes on the Corniche at Muscat.