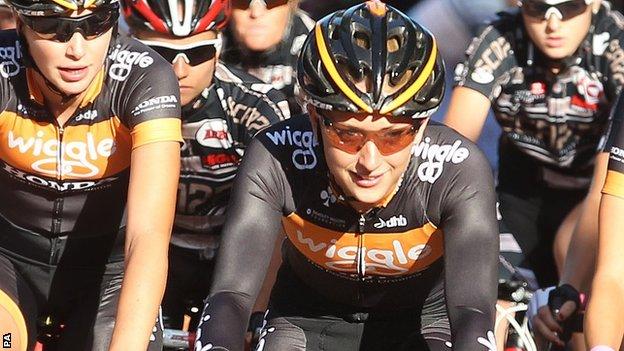 Eleven of the top 14 women's teams will take part in the inaugural women's Tour of Britain which runs from 7-11 May.

The Netherlands' reigning Olympic and world road race champion Marianne Vos, 26, has confirmed she will race.

A Great Britain team led by Lucy Garner will also compete in the UCI-ranked race which starts in Northamptonshire.

The opening stage will be from Oundle to Northampton, while Leicestershire, Bedfordshire, Essex and Hertfordshire all host subsequent stages in the event, before the final stage finish in Bury St Edmunds, Suffolk.

Vos will return to race on British roads for the first time since winning Olympic Gold at London 2012.

"It's great that we get a big new stage race on our calendar. I'm sure it will be a fantastic event," Vos said.

"The times that I've raced in Great Britain - with, of course, the London Olympic Games fresh in my mind - I have been amazed by the huge crowds and the enthusiastic people.

"I'm looking forward to competing there with the best riders from all over the world."

Vos is widely acknowledged as the greatest-ever female cyclist, having won world titles on the road, track and in cyclo-cross, plus Olympic gold in the first two of those disciplines.